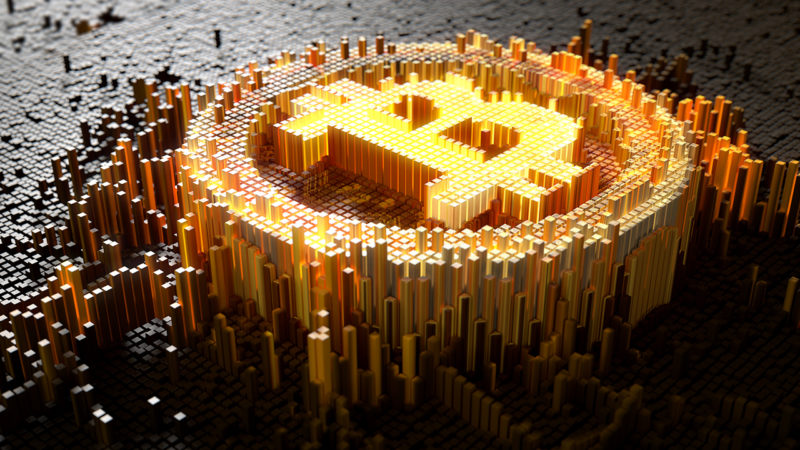 Bitcoin is, of course, the most well-known and highly valued cryptocurrency and digital currency in the global economy, but it is far from being the only one. Intriguing that if we combined the net worth of Bitcoin with that of Litecoin​, Monero​, Ethereum and all other cryptocurrencies, it comes out close to $100 billion. According to howmuch.net, this is “about as much as the current GDP of Morocco - the 60th-largest economy in the world.” It is staggering, given the relatively recent advent of digital currency.

Bitcoin is a cryptocurrency which is a decentralized digital currency without a central bank or single administrator. It can be sent from a user to another user on the peer to peer network without the need for intermediaries. These transactions are verified by a network of nodes, secured by encryption through cryptography, and recorded in a public distributed ledger called a blockchain.

Bitcoin was invented in 2008 by an unknown person or group of people using the name Satoshi Nakamoto and started in 2009 when its source code was released as open-source software.

Bitcoins are created as a reward for a process known as mining meant to support the decentralized network of people running the nodes on networked computers around the world. They can be exchanged for other currencies, products, and services. Research produced by University of Cambridge estimates that in 2017, there were 2.9 to 5.8 million unique users using a cryptocurrency wallet, most of them using bitcoin (BTC).

Bitcoin has always been under criticism for its use in illegal transactions, its high electricity consumption in mining, its price volatility, and thefts from exchanges. Some economists, including several Nobel laureates, have characterized it as a speculative bubble. Nevertheless, Bitcoin has also been used as an investment, although several regulatory agencies have issued investor alerts about bitcoin.

The domain name "bitcoin.org" was registered on 18 August 2008. On 31 October 2008, Bitcoin was explained in a paper authored by Satoshi Nakamoto titled Bitcoin: A Peer-to-Peer Electronic Cash System and the paper was posted to a cryptography mailing list. Nakamoto implemented the bitcoin software as open-source code and released it in January 2009 months after it was first introduced to the public. Nakamoto's identity remains unknown though he had announced that he would reveal his real identity some months before the end of 2019.

On 3 January 2009, the bitcoin network was created when Nakamoto mined the first block of the chain, known as the genesis block. Embedded in the coinbase of this block was the text "The Times 03/Jan/2009 Chancellor on brink of second bailout for banks". This note references a headline published by The Times magazine and has been interpreted as both a timestamp and a comment on the instability caused by fractional-reserve banking.

Ideally, Nakamoto sought, in Bitcoin, to device a way in which it would be increasingly difficult if  not impossible to manipulate money and financial and economic systems considering that, with fiat and centralized currency, central banks would and do control money and economy simply by a decision of a few and through printing money to increase inflation. It would respond to recession and economic turndown.

The receiver of the first bitcoin transaction was cypherpunk Hal Finney, who had created the first reusable proof-of-work system (RPoW) in 2004. Finney downloaded the bitcoin software on its release date, and on 12 January 2009 received ten bitcoins from Nakamoto. Other early cypherpunk supporters were creators of bitcoin predecessors: Wei Dai, creator of b-money, and Nick Szabo, creator of bit gold. In 2010, the first known commercial transaction using bitcoin occurred when programmer Laszlo Hanyecz bought two Papa John's pizzas for $10,000 worth of Bitcoins.

Blockchain analysts estimate that Nakamoto had mined about one million bitcoins before disappearing in 2010, when he handed the network alert key and control of the code repository over to Gavin Andresen. Andresen later became lead developer at the Bitcoin Foundation. Andresen then sought to decentralize control of Bitcoin. This left opportunity for controversy to develop over the future development path of bitcoin, in contrast to the perceived authority of Nakamoto's contributions.

Bitcoin, in particular, and cryptocurrencies more generally, are a hot topic right now. With all this talk of Bitcoin, you'd think it was everywhere; but how much of the world's money is actually in the form of this cryptocurrency?

Previously, Howmuch.net released a graph visualizing the total amount of money in the world - roughly $84 trillion worth - in order to locate the Bitcoin economy in the context of the global economy. Currently, the value of all the Bitcoin in the world is $41 billion, roughly the net worth of Google co-founder Larry Page. This makes the market cap of Bitcoin about 0.5% of gold ($8.2 trillion), though the cryptocurrency has had periods in the past year of superior price stability, and did surpass the precious metal in valuation per unit last year.

How to earn from bitcoin Trading

It is totally possible to make money trading bitcoins whether you are an amateur or a professional. The bitcoin market is highly fragmented and the options for arbitrage and margin trading are widely available. Bitcoin's history of volatility and bubbles has pulled in more users and investors than any other cryptocurrency.

The most important methods of earning Bitcoins include trading, mining, arbitrage, faucet, lending and many others. We will discuss trading and mining.

LocalBitcoins is a peer-to-peer exchange for buying and selling Bitcoins, for instance. It provides escrow services for safer transactions and it has been operating since 2010 from Finland. There is a very good chance that you will be able to find a Bitcoin buyer or a seller in your country as it operates from 248 countries around the world.

You can deal with a buyer or a seller directly and trade only if you are happy with the terms of trade. You can receive your fiat money through PayPal, Payoneer, Bank Deposit, Cash or some other method. Local Bitcoins holds the Bitcoins in escrow and releases them only once you confirm.

You can look at the feedback score and the number of confirmed trades before you trust the trader on Local bitcoin. You can also find reviews of previous sellers in the feedback section.

like LocalBitcoins, which is a peer-to-peer exchange, there are a number of cryptocurrency exchanges where you can trade in cryptocurrencies at profit. You don't deal with the buyers or sellers directly but trade cryptocurrencies just like stock trading.

Coin base - Coin base is a platform to trade in cryptocurrencies. It is a GDAX(Global Digital Asset Exchange) where you can buy and sell bitcoins or other cryptocurrencies in a secure way. Coin base also provides a cryptocurrency wallet to let you store your digital assets.

You can link your bank account or credit card with your Coin base account to start trading. It charges 1.5% for a bank account transaction and 4% if you want to buy bitcoins with a credit card.

Gemini - Gemini also works almost like Coin base and it also offers you a bitcoin wallet. It does not charge anything for the bank transactions but they impose daily and monthly limits.

An Instance Of Bitcoin Arbitrage

The price of Bitcoin at Coin base is $4,000 and if you sell Bitcoins for $4,200 at Local Bitcoins, the difference, i.e., $200 per Bitcoin is your profit. The actual process is not that simple but it is not too complex either.

Bitcoin To Fiat Currency - You can profit from this kind of arbitrage when the price of Bitcoin is higher on one exchange as compared to another one. These kind of opportunities are more common than you expect. [*=1]Bitcoin To Other Cryptocurrencies - The arbitrage for Bitcoin to other cryptocurrencies works in a similar way as it works for Bitcoin to fiat currency. For e.g., If you can buy 10 ETH for 1 BTC on one exchange and sell it for 10.5 ETH on another exchange, you will earn a profit of 0.5 ETH through arbitrage.

Mining involves getting to assist in the confirming of transactions on the Bitcoin blockchain and miners are rewarded with mining rewards and part of fees collected from those sending transactions.

Mining is best done with ASICs, GPUs and CPUs through cryptocurrency mining pools where you connect your miner to work alongside others in mining in order to increase likelihood of earning mining rewards.