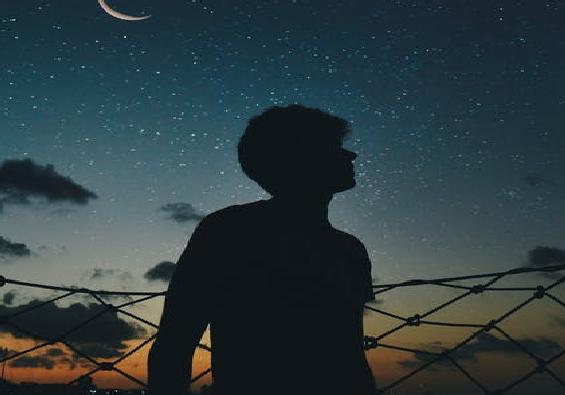 For a daily crypto user and enthusiast, one way of using block explorers is to check the status of their transactions and other data/information, which can help them figure out why it is taking them to have their transactions confirmed. You can also determine the best gas setting for future transactions in addition to checking fees in real time.

For instance, seeing how much gas was used will help them determine the best gas setting for future transactions. Explorers can be used to gain insight into the transaction process alongside wallets, exchanges and other dApps, for instance, to confirm issues that are hard to verify on exchanges and wallets or other dApps. For instance, if a dApp or exchange account reports an error, a blockchain explorer could help.

Each of the cryptocurrencies will have their own block explorer and are not interchangeable. So a Litecoin explorer is used for exploring Litecoin blockchain. For instance, some of the most popular blockchain explorers for Bitcoin include blockexplorer.com, blockchain.com, blockcypher.co, mand btc.com.

However, a blockchain can have as many block explorers as possible in the same way there are different web browsers and search engines to search the internet. Block explorers are developed either officially by the blockchain, or by the community or by individual organizations.

A blockchain explorer allows a person to check the balance of each and of different public addresses, historical balances on an address, track coin transfer histories, and watch how many confirmations a transaction has and to get other variety of statistics about the network such as the current hash rate and many more. For instance, a user can use an explorer to check a list of the recently constructed blocks, transactions in a given block link to previous and next transactions involving each input and output, a list of all the transactions involving a given address; and a way to search for blocks, transaction, sand addresses.

Below are some of the uses/applications for which you might need a blockchain explorer:

1. To have an overview of the crypto market

Blockchain explorers can help you view the status of your transactions – both what is being sent and what is incoming, as well as balances of a particular address. However, they can give a wider view of the market environment based on a variety of other data. For instance, they can tell who is mining, who is trading and how much they are getting paid. They can help you track mined blocks in real time and you can still narrow down on individual addresses, the amount sent, the address it came from and the one it was sent to, as well as many other details.

With an explorer, you can track mining pool data, discover pools and how they are mining blocks, check and discover orphaned blocks or those that have not been included in the blockchain, as well as check blocks that were mined, when they were found, their size and which transactions they contain. Further, block explorers can be used to track other information such as block heights and rich lists.

A person is able to view the price of Bitcoin or another crypto in USD along with a graph of value over time. Not just any kind of data: block explorers such as Tradeblock provides economic data which can aid analysis by cryptocurrency professionals.

Some explorers such as BTC.com and Blockcypher allow a user to check block feed in real time and you are able to search blocks using an inbuilt calendar. BlockTrade features live block feed in an interactive graph in addition to representing a real-time USD equivalent spot rate for Bitcoin through an XBX index.

A user can gain further insight into the market and make informed choices by checking and including unconfirmed transactions, the current best transaction fees, rich lists, historic fees trends and other details that make future expectations possible/necessary. With solutions such as Blocktrail explorer, you are able to export all transaction history associated with a public address in a CSV file.

One of the advantages of using a wallet that comes together with a blockchain explorer is that you get a wallet that provides or avails additional info such as market data and stats.

In addition to checking unconfirmed transactions, some block explorers such as BTC.com lets you check the current best transaction fees and historic fees trends. Another example e of a block explorer that allows you to check fees attached to a transaction is Block Explorer.

Blockcypher features suggestion for fees in addition to confirmation predictions.

Block explorer is an example of an open-source, free to use Bitcoin block explorer that allows users to check for transaction speed.

5. Exploring multiple blockchains at once

Most block explorers allow you to only explore one blockchain type and not more. TradeBlock is an example of blockchain explorer that allows a person to explore Bitcoin and Ethereum all in one place. Blocktrail block explorer also provides information for Bitcoin and Bitcoin Cash and so do Blockcypher, which supports Bitcoin, Litecoin and Dogecoin blockchains.

6. Knowing and tracking hashrate and distribution

Examples of Blocktrail lets you track how hashrate is distributed across different pools.

Blockchain explorers are able to help a user identify which mining pool discovered each block.

7. Take advantage of APIs to extend your platform functionality and to build dApps

As mentioned in the introduction section, blockchain explorers can be used as part of software solution to track illegal activity on the blockchain. For instance, these explorers can be used alongside clustering algorithm, web crawlers, manual registration on various services to identify crypto addresses and assigning those addresses some risk score based on the type of service, when tracking illegal transactions such as in money laundering and their owners in blockchain.

9. Determining whether a coin is real or not

Since it can be utilized to scan all the transactions that have happened on the blockchain in history, they can tell if transactions are taking place as claimed and even check which crypto wallet addresses were involved in those transactions.

Blockchain.com is one of the best BTC explorers on which a user can search by block, transactions or addresses.

Blochchair: In addition to searching basic information and data, you get to search for mempool size, fees, number of nodes, and difficulty of mining on BTC, BCH and ETH blockchains.

Tokenview: is another multi-chain explorer developed by a Chinese team and allows searching of information and data on more than 20 popular blockchains. It also features a rich list for each of the cryptocurrences it covers.

Etherscan: Etherscan is also one of the most popular Ethereum explorers and can be utilized in scanning smart contract addresses, checking of gas prices, and viewing DEX activity. However, it is mostly utilized in checking token balances on wallet addresses, which is not reliably done on Ethereum-based services such as Metamask and MyEtherWallet.

Bitcoin.com: Bitcoin.com acts as a blockchain explorer for BCH and BTC and is used to look up transactions in a trice. One is able to scan QR codes to check wallet addresses and to switch between BTC and BCH cash addresses by a click of a button.

TradeBlock:  The TradeBlock explorer represents real-time USD equivalent spot rate for Bitcoin through the XBX index, as one of its main competitive features over other explorers. Besides, it is used for Bitcoin and Ethereum blockchain. The explorer also focuses on economic data for experienced users.