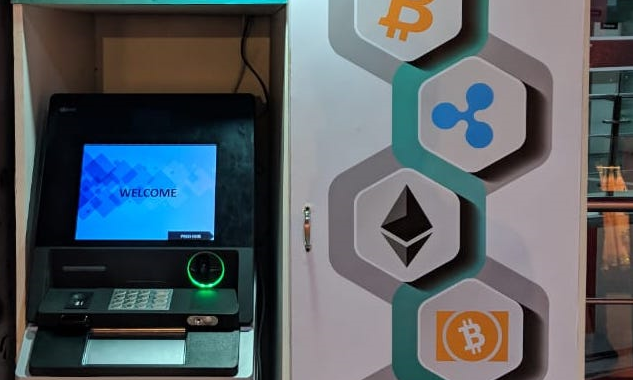 The first Bitcoin ATM in India is now officially up and running courtesy of Unocoin, a cryptocurrency exchange, and blockchain company. It is located in the Kemp Fort Mall in Bangalore and allows customers to deposit and withdraw cash only or to exchange cryptocurrencies for Rupees (INR). This means they can use cryptocurrency without a bank account.

The ATM supports more than 30 cryptocurrencies and is available for Unocoin and Unodax users. It only allows cash deposits and withdrawals from a user’s account and transactions have to take place through an exchange.

The new development comes amidst ban of cryptocurrencies by Indian authorities last year and continued crackdown on digital asset related operations this year. The Reserve Bank of India in April announced that all financial institutions in the country should suspend providing services to cryptocurrency exchanges by June.
The Indian Supreme Court heard the final hearing on September 12 in a case initiated by cryptocurrency exchanges in relation to banking prohibitions and issues.

Further, the company wants to establish more ATMs in Mumbai and Delhi in a couple of weeks.

In other news, MoonX, a Switzerland-based technology startup is planning to launch a decentralized non-profit trading platform for cryptocurrencies by the end of November this year in order to attract customers and traders from the country. The company will start with an office in Kerala, which has a lot of NRIs working in West Asia who the startup reckons will be interested in becoming members.

MoonX will also have establishments in Bengaluru, London, and Beijing. The exchange was founded by a group of investment banking experts and raised $29 million of funding for its operations. It targets using blockchain in agriculture, financial technology, education, food safety, and healthcare.

It is targeting 5 million customers globally in one year and start offering treasury bills, foreign exchange, and commodities. The founding chief executive of the venture MoonX says the company will charge one of the lowest brokerages and offers a nanosecond response time of 10 million transactions a second. This is better than most crypto exchanges and the company is planning to make it "fully secure and fastest" according to Palavall.