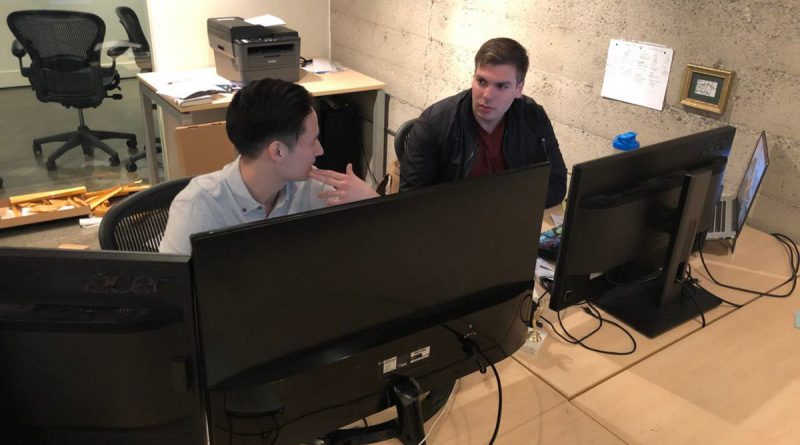 Lamden.io is a developer platform with tools to help create new and custom blockchains and apps. Using the platform, users are able to build a blockchain in less than 15 minutes according to their website: you can build a private blockchain and deploy on your servers in that record time. Developers can build blockchains for various use cases including supply-chain management, sensitive document validation, and asset tracking.

With it, you do not have to hire or train expensive blockchain developers or take time to build a solution from scratch. It helps reduce costs and speed up production.

For now, the platform supports Bitcoin-based blockchains and the Ethereum network. However, it is planning to develop an abstract interface to support any chain that adheres to a set protocol that is able to accomplish payment channels on Clove.

The platform uses Saffron, a blockchain-generator that uses pre-built templates while allowing for selecting options. It features Clove, which is a decentralized application that facilitates atomic swaps. The protocol supports the majority of the ERC20 tokens. It enables trustless communication between compatible blockchains on the network.

Flora is also another distributed smart contract package manager that will allow any developer to share code that is commonly used between projects and therefore develops without need for using the often repeated code. This acts to save time and money. The platform uses Apache Cassandra that allows data to be distributed across participants when sharing this code. Sharing of the content and code is done on the Flora Hub, which ideally allows anyone to share code, chains, applications, and resources. The company is intending to develop the Hub to become a website for social interaction.

On this Hub, you are able to upload and download packages from the Flora package manager and take advantage of the sharing and collaborative features of the platform.

The platform depends on the Lamden Tau token that acts as a middle token for all on-platform swaps. Thus, Lamden acts as a seamless exchange platform for traders and users.

Currently, it has 150 swappable currencies that you can swap. Besides, the platform manages 10,000 transactions per second since the mainnet uses a combination of DPoS and BFT.

The swap assets feature is different from the Interledger protocol, which is a protocol that sets intermediary ledgers in between chains in order to swap assets. This is seen as adding more complexity to the system instead of reducing it. Lamden hopes to reduce that complexity. It also differs from Ark in that it allows for a trustless exchange of assets between chains more automatically than the "smart bridge" used by Ark.

The platform features a smart contracting language known as Seneca which removes bloating features and reduces attack vectors when building blockchains and related apps. It uses a subset of the Python language to make learning and development easier and better.

Other features and info

The platform does not have any transaction fees and there are free chain-to-chain payments. However, to compensate for the costs the chains require allocating some amount of bandwidth confirming payment channel payload. This means that corporate partners handle the network while average users can transact for free.

The token works well for 1 or 2 chains when swapping, but obviously, when dealing with dozens of chains, it is impractical to keep a track of the many wallets and accounts. Still, the tokens can be traded on the HitBTC, EtherDelta, Idex, RadarRelay, and CoinFalcon.