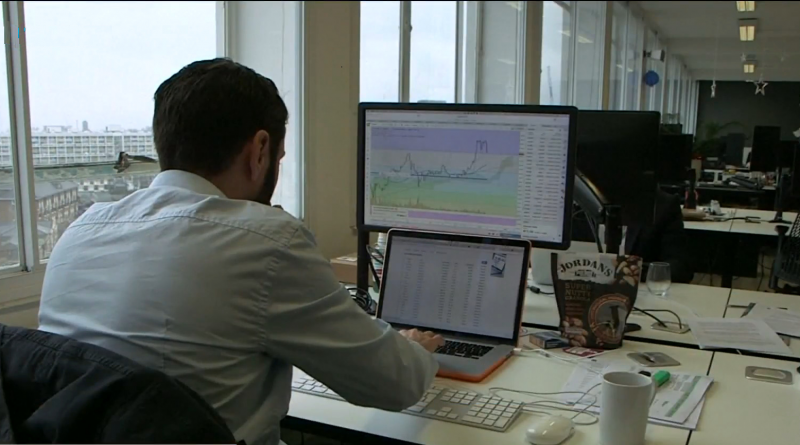 The Average Daily Volume (ADV) of bitcoin futures contract grew by 93 percent during the second quarter of 2018 while the rate of open interest (OI) expanded by 58 percent. This is according to a recent announcement from CME Group which introduced Bitcoin futures in December last year.

The new data indicate that Bitcoin futures are more popular and Bitcoin continues to grow as an asset class although it has shed its price significantly.

Growth of the open interest rate to more than 2400 contracts, which is the number of open contracts on Bitcoin futures, reveals that many more people are interested in the futures and are therefore keeping many deals open. Further, it indicates a growing flow of money into the Bitcoin futures markets.

Investors consider the OI as an indicator of future market trends and its increase shows a good proxy for reliable investment. As such the growth of Bitcoin futures and its interest among investors is likely to pull more financial institutions and investors who previously did not regard it as a worthwhile investment.

Not so good news for Bitcoin prices

The price of Bitcoin has, however, been failing and part of the reason for the decline is blamed on Bitcoin futures and their popularity. The decline in the Bitcoin cryptocurrency, for instance, coincided with this launch and according to the San Francisco Federal Reserve report released on May 2018, the decline was not coincidental.

Bitcoin saw its best day so far on December 17, 2017, recording a price of more than $20,000 on some exchanges and this was the exact day when the first Bitcoin Futures contract started trading. The report said that after the introduction of the contracts, Bitcoin (price) also behaved just like other assets when a futures trading market was introduced. Both Cboe and CME options have continued to increase in volumes even as the price of Bitcoin flopped by records, with other digital currencies following the trend.

Essentially, the contracts allow people to bet on the decline of Bitcoin prices. Also, purchase and sales contracts would be introduced at lower delivery prices than the current price.

According to the report, the downward pressure on price was initiated as the volume of the "negative" trades increased. Prices were forced even lower by the bears who got further incentives to short sell Bitcoin.

The idea that Bitcoin futures could be hurting Bitcoin prices was also supported by Fundstrat cofounder Tom Lee last month. He said that there was "significant volatility" in Bitcoin's price around expiration date of CME Group and Cboe futures contracts. For instance, he said prior to the expiration that traders who were long bitcoin and short futures would sell Bitcoin during the price auction and cause price drops and leave futures contracts with profits. The holder of contract may sell a large share to minimize tracking error but near the expiration may sell the remaining Bitcoin, causing prices to drop and leaving the short position in the futures to close with big profits.

CBOE and CME Group both give the cash value of bitcoin at the expiration of their contracts. There have been size expirations of Cboe Bitcoin futures since launching in December 2017. Lee report said that Bitcoin fell 18 percent on average in the 10 days preceding expiration, with prices recovering by the sixth day afterward.

While it is not doubtful that Bitcoin futures affected market prices, there are other factors that contributed to this fall, other than just the introduction of the futures. What could be in contention is how much they affected the price. For instance, some are of the opinion that the market was already expecting a drop or correction in prices following the 2017 surges since that's a normal trend in prices.

The president and chief operating officer at Cboe Global Markets, Inc. said that the notion that Bitcoin futures affected prices of Bitcoin ignores other factors such as regulatory scrutiny of cryptocurrencies around the world, steps by government tax collectors, the rise of other cryptocurrencies, and declining media interest in the asset."

He said that their contracts during the June's settlement were 1,412 contracts, which is equivalent to 1,412 bitcoin, and that amount could not affect overall prices.

Lee also notes other factors that could be causing Bitcoin prices to drop other than the futures contracts themselves: the net supply this year amid initial coin offerings, mining rewards, capital gains taxes, while there is low absorption due to slow progress on creating institutional tools.

Behaving more like a commodity and not a security or currency

There has been quite a bit of controversy around the issue of whether some cryptocurrencies qualify as a security, commodity or currency. The San Francisco Federal Reserve also says that Bitcoin lacks the key attributes of security (either equity security that represents a stake in an enterprise or debt security that generates periodic cash flows in the form of interest and principal) although it exhibits certain security-like traits. For instance, virtual currencies "do not generate interest payments, dividends, earnings, or capital gains" they say, although there have been attempts to apply security valuation models to Bitcoins.

The cryptocurrency also falls short of some elements that constitute a traditional currency, they say, including the fact that most monetary determinants of exchange rates including interest rates, purchasing power, and output levels do not apply to Bitcoin since it is not subject to monetary policy or tied to any central government.

The agency says the only monetary determinant applying to Bitcoin is supplied, and it is more appropriate to compare the Bitcoin supply to that of gold than to normal currencies. The exchange rate determinant fails since "there is no current native Bitcoin economy with native Bitcoin prices for goods and services" and hence its price movements cannot be explained by purchasing power theory.

As a commodity, Bitcoin acts as a store of value, has production costs involved, can be bought or sold to take advantage of fluctuations in value relative to other currencies and assets, although it does not do not possess any real intrinsic value from a commodity valuation perspective.