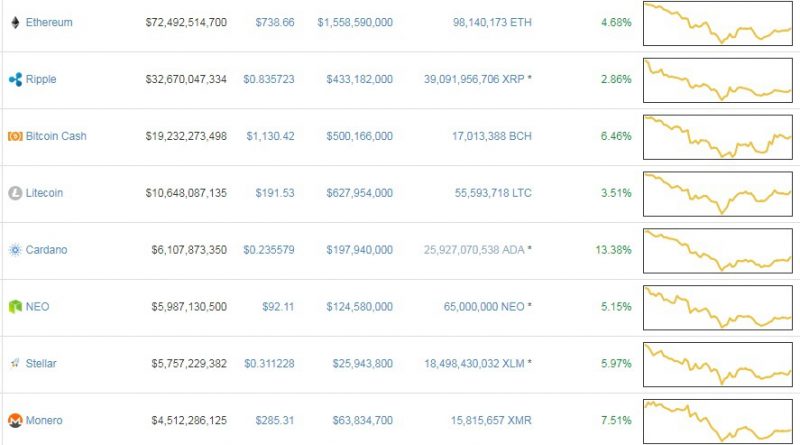 Another reason for the drop might be the fear of regulation as the U.S. Securities and Exchange Commission announced that cryptocurrencies are required to adhere to SEC regulations and those evading regulations would face the law.

SEC decided that anyone selling tokens is an unregistered money transfer business and anyone issuing an ICO is a money transmitter subject to the Bank Secrecy Act. Exchanges also qualify as money services businesses (MSBs) according to FinCEN. Thus they will need to register with FinCEN and failing to perform KYC AML compliance will make them face prison under a felony conviction. In regard to regulation, Japan has also been cracking down hard on crypto exchanges.

It just penalized seven and required two to close operations for one month according to Japan’s Financial Services Agency (FSA) announcement on March 8. It said they did not provide proper internal control systems and ordered them to implement measures against money laundering.

Meanwhile, a bankruptcy trustee for Mt. Gox sold approximately $400 million of Bitcoin and Bitcoin Cash worth since last September, another factor that contributing to the drop in prices. It is rumored that there is still an estimated $1.8 billion to be sold raising fears of its continued price impacts.

However, markets were already bearish and this news only acted to accelerate the already lowering prices. The trends were not short on opportunities for those intending to sell short this week.

IOTA was the only cryptocurrency that fell below its prior swing low from February. It is also below its 200-day MA line after being above it for most of the past several weeks. Resistance at the 200-day MA is now at 1.71 and the downtrend line not far away. Using the 50-day line, it has bee following the downtrend line for the past couple of months. The trend line, moving averages and price structure for Dash reveals that it has been on a clear downward trend.

Litecoin also lost but by 12.8 percent while Ripple, whose price still remains under $1 lost by a mere 8.4 percent.

Ripple, although on a downward trend, it is above its 200-day MAs, unlike other cryptocurrencies that are below their 200-day MA.