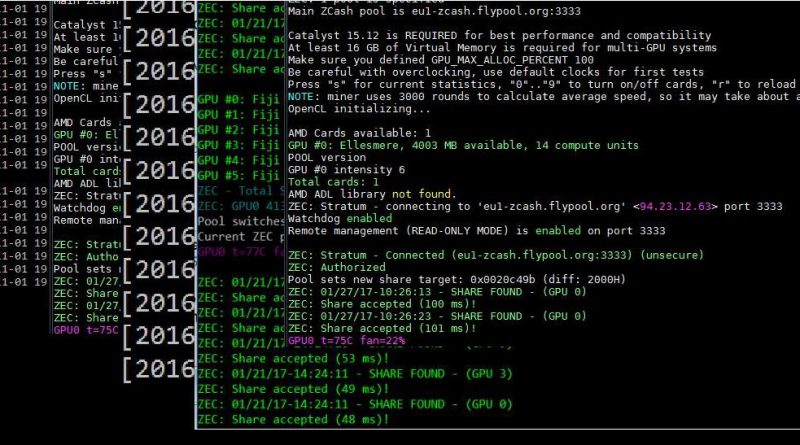 Equihash is a Proof-of-Work mining algorithm that allows people to mine cryprocurrency on standard PCs. It was invented last year by scientists from University of Luxembourg.

Problems relating to traditional SHA256 mining are at the center of reasons for forks such as Bitcoin Diamond which will use Equihash for its benefits, although ZCash is a good example for projects intending to use Equihash.

Before proceeding further to Equihash, let's briefly look at Proof of Work and mining process in general. Mining is where people distribute processing power and support network and are rewarded with new coins.

Proof of Work mining relies on how much processing power or computation power a miner has even as miners compete to create new blocks or verify transactions on a network and get rewards. This led to the need for faster hashing machines and energy efficient machines. Currently, ASICs and miners are more efficient and faster in hashing than CPUs and GPUs.

While there are many explanations that spoil decentralization in Bitcoin network, the traditional Proof of Worl algorithm led to the emergence of specialized mining hardware (ASICs and miners) that are more expensive and thus it centralizes power to a few hands and fewer geographical regions -- those who can afford more processing power.

Bitcoin and Ethereum, for instance, uses Proof of Work mining.

Equihash was invented by Dr. Dmitry Khovratovich and Alex Biryukov to allow ordinary users by not allowing the workload to be split into smaller work packages. In other words, In other words, how much mining one can do is based on how much RAM they have. Reliance on RAM as the bottleneck resource for generating proofs makes network ASIC resistant.

Therefore, it lets users mine on PCs with multiple processing cores and more RAM space than on specialized hardware chips.

With this algorithm, competing with more miners make a more lucrative payout to participants.

The fact that it allows equal contribution in the Proof-of-Work process means it is hailed as more democratic than traditional SHA256 mining protocol.

The benefits include efficient verification. It could also help future light clients on constrained devices.

ZCash announced deployment of Equihash in April 2016. According to ZCash, they move to the Equihash was because it is unlikely for anyone to build cost-effective custom hardware or ASICs in the near future.

ZCash implemented the algorithm so that anyone with around 1 GB of free RAM can mine the cryptocurrency.  Use of Equihash would also set a new standard for privacy and anonymity.

ZCash, which has 21 million units. The process of using Equihash to mine ZCash is explained in various resources such as this one and details about calculating profits on this link here.

Bitcoin forked many times this year and one of those forks is Bitcoin Gold whose fork took place on October, which promotes itself as wanting to "Make Bitcoin Decentralized Again."  It uses Equihash, which cannot be run faster on the specialty equipment used for Bitcoin mining  ASCIs. Thus, the ordinary user has an equal shared opportunity to contribute to Proof of Work tasks.

Bitcoin wants to achieve the original vision of Bitcoin creator Satoshi Nakamoto of “one CPU one vote” according to their website.

It says that centralized of manufacture and use of mining equipment to a few people and companies has led to" abusive practices against individual miners and the Bitcoin network as a whole" and thus changing from SHA256 to Equihash would make obsolete the former equipment but give chance to widely-available consumer hardware that is "manufactured and distributed by reputable mainstream corporations." This would improve decentralization.

There are other upcoming Bitcoin forks that hope to use Equihash but most have not launched yet. These include Bitcoin Cash Plus, Bitcoin Silver, and Bitcoin Uranium.