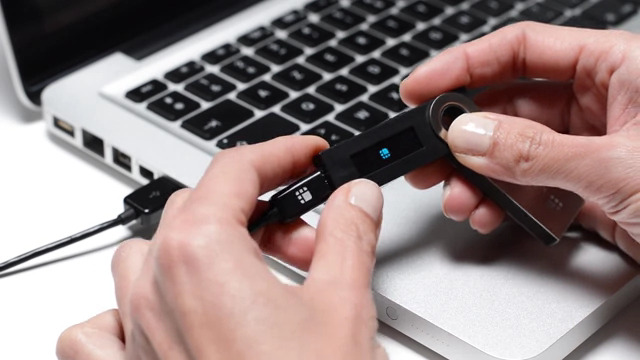 A cryptocurrency wallet is a digital wallet in the form of software, hardware or paper, used to store, secure, send, and receive digital currency. Some wallets also combine these features with exchange features allowing users to change coins from one cryptocurrency to another.

A wallet also acts as a personal ledger of transactions. In the actual sense, a cryptocurrency wallet stores only a private key associated with ownership of a public key or a public code that is connected to a certain amount of currency. Therefore, the wallet will store private and public keys.

Some of the renowned wallets primarily made by the various coins include Bitcoin Core Wallet by Bitcoin, Litecoin QT by Litecoin and Ethereum Wallet or MyEtherWallet by Ethereum.

To understand crypto wallet's security details, every cryptocurrency is an entry in the blockchain and is associated to a public key but the owner of the funds needs a private key to unlock cryptocurrency in order to move, exchange or convert it to another digital currency. Therefore, the private key is the means for accessing your funds and so is part of the main debate around the security of your funds and transactions.

The mode of storing the private key differs from one crypto company to the other. Some allow keeping it offline while others allow online storage. The various methods used to generate, store and recover the key have a huge say on the type of wallet.

But that's only the starting of the debate because there are additional security methods employed during confirming of transactions such as the use of physical buttons and screens on physical wallet devices. Different wallets use different security and privacy methods, but you can also use encryption, google authenticator, multi-signature transactions and passwords or PIN codes for added security layer. Different methods also need different levels of skills.

Whether your crypto wallet will be secure or anonymous or not also largely depends on your practices in keeping it secure and anonymous, in addition to its security and anonymity features. In more general terms, cryptocurrency is “pseudonymous" and due to the open source and public nature of transaction blockchain ledgers, there are little bits of public data that can be used to backward engineer someone's identity in theory. It is pretty close to being anonymous.

Here are the types of crypto wallets

This is the most commonly used type of wallet and it is software that is installed to a user's computer to connect to a coin's client via the internet. Some (cold wallets) do not connect to the internet because they are merely used for storing crypto.

Offline desktop wallets are associated with lesser risks and are perfect for storing a large amount of currency. They work with a variety of platforms including Windows, Mac, and Linux and some are also compatible with hardware wallets.

Most are also easy to use and you can leverage anonymity features of the TOR network to optimize privacy and anonymity. They include Bitcoin Core, Electrum desktop wallet, MultiBit HD, Exodus, signal, and Copay.

These are physical gadgets used for storing and transacting crypto. They have special physical security features such as the need to physically click on buttons to authorize a transaction. Another feature is a screen where you can track transactions and confirm that it is being sent to the said person.

They are more secure than hot wallets and easier to work with than paper wallets. Most can be integrated with software wallets or platforms.

They are also more useful in storing a large amount of cryptocurrency.

It is a physical document that carries all the necessary data needed to generate private keys of a given cryptocurrency. They are the best for beginners in crypto because they do not need a lot of tech skills needed in running other types of wallets.

The paper contains copies of the public and private keys that make up a wallet and QR codes that can be scanned when adding keys into software during the making of a transaction. The wallets are generated with resources such as BitAddress.org, LiteAddress.org, and ETHAdress for Bitcoin, Litecoin, and Ethereum respectively.

For this type of wallet, you create some randomness by typing characters into the generic form as you generate the wallet, generate the form and then print a hard copy.

They are hack-proof and more secure than other types of wallets. You do not have to worry about your private key being stored on a third party server.

These are software that can be installed on your phone, allowing you to send, receive and transact crypto on the go. Like the desktop wallets, you can use the TOR network for more privacy and security. You simply download and install on your phone.

They also come with additional security features such as QR code scanning. However, they are the riskiest and wide open to malware and viruses.

As the name suggests, you access your wallet over a web browser. They are the riskiest to hacking although, with one, you complete a transaction very quickly, can store and manage different currencies with transfers between them, are less costly and you can use TOR network for added privacy and security.

With them, you do not need to install software on your phone or computer. Advisably, do not store a large amount of cryptocurrency on these wallets. An example is Coinbase wallet, which offers Bitcoin and Ethereum wallets. Others are Bitalo web-only wallet, and BitGo web and desktop wallet.

This is a major categorization of wallets because they all fit in either of these categories.

Hot or cold refers to whether it is connected to internet or not, with hot being hooked to the internet. It is a major categorization also since all fit in either of the two groups. Hot or cold wallets can be in the categories of desktop, hardware, mobile or paper wallets discussed above.

Cold wallets are regarded as more secure than hot wallets because they are not connected to the internet. They can thus be used to store large amount of cryptocurrency.

As the name suggests, these types of wallets need more than one signature to complete a transaction, just the same way a shared bank account works. A single person cannot access the money without other people's signatures and this is regarded as an additional security feature.