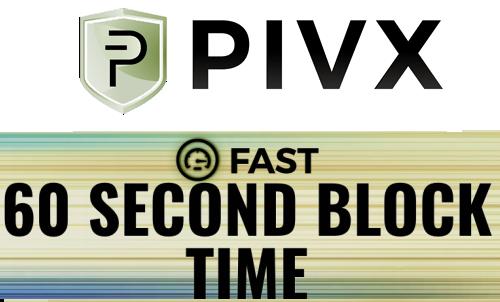 Private Instant Verified Transaction (PIVX) launched in January 2016 as DNET or DarkNet but re-branded in February 2017 as PIVX. In short, it is a decentralized open-source cryptocurrency based on a clean fork of DASH coin and run by a community of creators, innovators technology enthusiasts. As the name implies, the company seeks to achieve private transaction operations.

The currency uses Proof of Stake (PoS) instead of Proof of Work algorithm to achieve block consensus, meaning that a person does not require resource-intensive hardware to mine the coin. You can earn some coins simply by keeping a balance in your online wallet on any hardware that supports online wallets. The Proof of Work is based on Bitcoin core v0.10.x and therefore, more secure.

The fact that it is based on DASH means it inherited some of the DASH features including masternodes, instant transfers, and private transfers but there are some differences.

PIVX uses Tor masternodes, which are incentivized nodes that receive rewards based on their availability and ability to offer network services, and a person requires locking 10,000 PIVX collateral to run a master node. He or she is then able to vote on budget and development proposals. Masternodes earn a little bit more amount than staking practice when their number is at a predefined level based on the seesaw mechanism.

For traders, PIVX allows for private exchanges and trading with security and without interference from corporatocracy pressures, governmental influences, prying eyes, and nefarious individuals and movements.

For stakers, one tip will help: the larger the address balance the more will be earned. Addresses are required to have at least 100 confirmations.

The main coin exchange markets for PIVX include Cryptopia, Bittrex, NovaExchange, and Empoex.

You can purchase PIVX on Changelly. Once you buy, you can withdraw the PIVX from the exchange to the wallet for use. For instance, you can send, spend at a merchant shop or load the Uquid debit card via PIVX.

PIVX has a mobile wallet for Android in addition to the online wallet and downloadable wallet.

Although not perfectly anonymous, you get an additional layer of security in transactions thanks to the obfuscation mixing mechanism implemented on the platform. Even if one person or a group controlled 50 percent of the current masternodes, they would have only a 0.5% chance of de-anonymizing a single transaction mixed with 8 rounds of Obfuscation.

The validity of transactions is confirmed within seconds so you can get SwiftTX confirmed and spent within those seconds since there is no need for multiple confirmations.

Since you require having your wallet opened all the time (and unlocked when online) in order to make the most of your staking (since there is no coinage in the PoS structure because it uses version 0.10 or higher Bitcoin codebase), the network is stronger with more nodes available. Again, users will get rewarded equally for equal time logged in.

Other advantages over other coins

It is community-based (run on BCT, Slack, Reddit, Twitter, Riot, Gitter, Facebook, and other social sites) and is a peer-to-peer currency. Blackcoin's improved Proof of Stake 3.0 protocol allows for the more efficient keeping of security in the network than PoW.

It has low transaction fees due to the efficiency of PoS.